Before everyone gets hot under the collar about this topic, we are going to preface the article by saying:

If you’ve found a diet that works for you, be it the Paleo diet, the 80/20 diet, the Atkins diet, the NSNG diet, etc…great. Stick with it. Good job. No need to read any further.

If, however, you’re one of the thousands of people out there struggling to find an eating lifestyle that works for you, we have a suggestion: 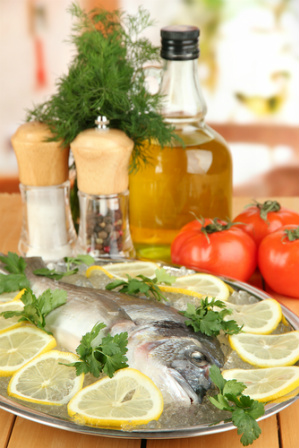 We like the Mediterranean diet around here because it’s one of the few diets that’s backed by a number of research studies as well as the American Heart Association. It’s an approach to eating that focuses on being healthy rather than simply managing weight. In fact, weight loss is just an added bonus to all the other good things this diet does for the body.

“What kind of benefits?” you ask. The kind that keep heart and metabolic disease at bay, that’s what kind.

A research study on the Mediterranean diet, published in 2013’s The New England Journal of Medicine noted “an energy-unrestricted Mediterranean diet supplemented with either extra-virgin olive oil or nuts resulted in an absolute risk reduction of approximately 3 major cardiovascular events per 1000 person-years, for a relative risk reduction of approximately 30%.”

The study also showed the diet:

And the best part is, the data simply supported other findings already existing about the Mediterranean diet.

As for weight loss, when compared against the American Diabetes Association (ADA) diet, low-carb diets, and low-fat diets, the Mediterranean diet had one of the highest weight-loss success rates. Participants in that particular study (conducted by Harvard) lost between 9 and 22 pounds over the course of a year.

Now, we’re not saying that other diets don’t work. What we are saying is the Mediterranean diet makes sense from a scientific, research-based standpoint. This diet is proven. It works. What more could you ask for?

Want to give it a try? Here’s a more in-depth article on the Mediterranean diet and what groceries you need to give it a go.

One thought on “This is the diet that works”